As Nasdaq migrates from the Nasdaq OMX Genium INET, to the new Nasdaq Financial Framework (NFF) platform across all Nasdaq's U.S. and European markets and asset classes. Context into the origins, technical insight, usage and associated updates to the ITCH protocol are available here.

Why? Because the ITCH protocol versions used by the Nasdaq OMX Genium INET platform and the Nasdaq NFF next-generation platform are not plug and play compatible, direct market access updates for market participants will soon be mandated. Here, we give context into the origins, technical insight, usage, and NFF updates to ITCH market data feeds.

The ITCH Protocol is widely used today, on both Nasdaq owned liquidity pools/exchanges, and other non-Nasdaq venues that use the Nasdaq OMX Genium INET and Nasdaq Financial Framework (NFF) exchange technology platforms.

Originating from Nasdaq in January 2000, with the release of “ITCH Version 1.00”, the ITCH protocol evolved when the FIX protocol market data messages were considered too heavy, thus inefficient for bandwidth utilisation.

This restriction led to the development of the bandwidth-reducing FIX Adapted for Streaming (FAST) protocol - yet industry adoption of FAST was negatively impacted by an alleged FIX FAST patent infringement lawsuit.

As a result, the SBE (Simple Binary Encoding) protocol was a subsequent FIX Standards development that is optimised for low latency and deterministic performance and is today used in both market data feeds and order entry APIs.

Today, the ITCH Protocol is used across both Nasdaq owned liquidity pools/exchanges, and other non-Nasdaq venues using the Nasdaq OMX Genium INET and Nasdaq Financial Framework (NFF) platforms. There are also ITCH variants that use the same ITCH binary message encoding, but there are venue specific variations in the ITCH messages.

This means that not all ITCH based exchange feeds are identical, but the transport protocol implementations are common. Alongside SBE, ITCH has become one of the industry de facto standards for market data feeds.

The most common concepts around the ITCH protocol usage are:

Evolution of the Nasdaq Exchange Platform

The trading APIs used by Nasdaq OMX Genium INET platform-based venues include OMNet, ITCH and OUCH APIs. The OMNet API is a low level C++ library based API that is widely functional but expensive in terms of software development to implement and support.

Typical Deployment - and Why Direct Market Access Updates are Crucial

The ITCH protocol versions used by the Nasdaq OMX Genium INET platform and the Nasdaq NFF next-generation platform are not plug and play compatible. Therefore direct market access updates for market participants will be mandated, as Nasdaq migrates to this new common technical platform across all Nasdaq's U.S. and European markets and asset classes.

At the time of writing the Nordic Equity Derivatives (EqD) markets, currently on the Genium INET platform, are moving to a new Global Derivatives Trading System based on INET technology that leverages the Nasdaq Financial Framework (NFF). This will be interesting to watch as a test case for what is to come.

You can access more details on Financial Markets Binary Protocols and the ITCH Protocol here:

For more information on OnixS ITCH protocol SDKS, you can read more here:

Alternatively, you can request a technical demonstration, contact us, or request evaluation access to OnixS ITCH protocol SDKs. 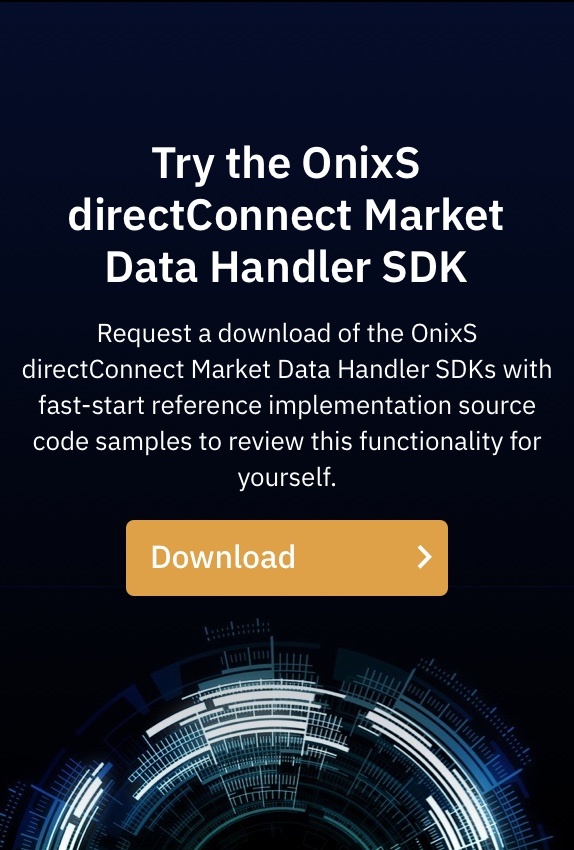 Want to learn more about OnixS ITCH Protocol SDK solutions?
Contact Us for an evaluation or a technical demonstration.

For a hands-on introduction